Yesterday the American memorial service for John Stott was held in Wheaton, Chicago. Stott, who many would claim put evangelicalism back in touch with intellectual rigour, famously recommended that Christian preachers should hold a Bible in one hand and a newspaper in the other. 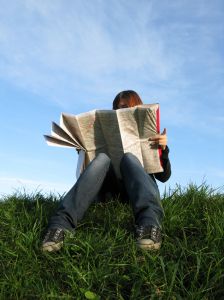 The Guardian's Comment is Free section is - in my view - becoming a leading site for thoughtful public debate on a variety of issues, with a wide variety of contributors and a lower-than-usual proportion of brawling and trolling in the user commentary. A few days ago Julian Baggini wrote this piece as part of his series, "Heathen's Progress." In it, he's interested in the question of whether it's possible to debate between belief in God and atheism, for instance, without all such debate getting bogged down by the inconvenient fact of mutual incomprehension.

I've said more than once that I find myself attracted to the purest forms of atheism, on the grounds of a heroic willingness to stare down the abyss. I'm not thinking here of the fundamentalist wing - Dawkins cronies, whose contortions in defence of their hero's dismissal of philosophy in its entirety now that the pendulum in this discipline has started its return swing from adventures in ultramaterialism (the idea that there is no valid meaning beyond mere description, or that all 'why' questions must either be given a 'how' answer or be considered meaningless) would be amusing if not for what's at stake. But in the more intellectually credible accounts lies much I find attractive, if ultimately unconvincing.

But I digress. The sentence that stuck out in Baggini's article was this:


Maintaining, for instance, that it is naive to read the gospels as literal history is – or should be – to maintain that the events it describes did not, or need not, have literally happened.

The syntax could be more helpful. (And yes, kettle, I do know I'm a pot!) I hope this is a faithful re-statement:


If you don't believe that the gospels are literal history, then you can't also insist that the events in those gospels took place.

This sounds fair enough - common sense, surely. But even an amateur philosopher like me will say, "if your argument rests on common sense, you had better either prove it logically, or at least demonstrate that the vast majority of people would agree with you."

But actually, it's nonsense: logical nonsense, factual nonsense, historical nonsense. I stress this not because it's a stupid statement, but because as any logician knows, starting from a falsehood you can prove essentially anything. And the point has nothing whatsoever to do with any understanding of religions in general or Christianity in particular.

So why is the statement nonsense? Let's get there in a few steps.

You're told that a warehouse has been robbed. There's CCTV footage showing a clearly identifiable person - who has now been arrested - breaking in, and later leaving with a large and clearly labelled box.

In this cut and dried case, the literal evidence of the CCTV is compelling. But if an expert convinced you that, contrary to appearances, what you were viewing was not in fact a faithful record of the events of the night in question - well, if this was the only evidence you had, you had better release your suspect. So far, so good.

But now suppose that, instead of CCTV footage, we had several eyewitness accounts of events. They agree at many points and vary at others, and no single account covers the full sequence of events.

Now ask yourself, is any one of these accounts 'literal history'? What about the collection? Or an account constructed by an investigator who had access to all the statements? 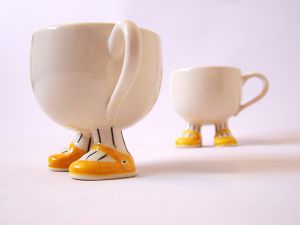 So, Julian, your "knock-down" argument fails at the very first hurdle. The key term, "literal history," is extremely hard to define. Ask me, "are the Gospels literal history?" then whether I answer "yes," "no," or anything else, it's hard to be sure what either the question or the answer might mean, harder still to be sure if your definition and mine would line up. And on the basis of your insistence that unless I answer an unequivocal "yes," then I must concede that I can't hold to any event of those Gospels, every court conviction resting primarily on multiple eyewitness accounts should immediately be quashed.

But all this is more than hypothetical. In my experience, hearing a leading question like, "do you believe that the Gospels are literary history?" is rather a common debating gambit. Of course it is!


Now, I'm not accusing Julian Baggini of doing this. But as someone commenting specifically on the communication (and miscommunication) between atheists and Christians, his faulty logic on the point I highlighted makes me think that he might want to re-examine his sources.

The heathen's progress should, perhaps, go back just a step.
Posted by Unknown at 8:13 pm