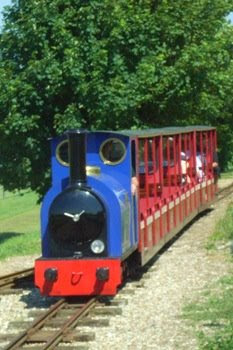 So, the Large Hadron Collider at CERN has its first beam completing the 27km circuit, soon the opposing beam will be going the other way and collisions will start. This may be the end of the world, or not - probably not, but I'm hardly qualified to pass judgement. With a bit of luck, assorted wise heads have looked at this and decided the risk is infinitesimal.

The popular reaction seems to be wonder at the majesty of science, rather little comment on the two incontrovertible points on the scientific enterprise that this shows:
The state of physics and of its mathematical underpinnings in particular is weak enough that it's necessary to build this quantum rollercoaster

The problem of two incompatible scientific theories, each by definition practically effective in its home territory yet provably incorrect, is a big head-scratcher for scientists

I regard myself very much as a scientist by instinct. My first degree was Maths at Oxford, and I try and keep in touch at least with pop science. I don't claim great expertise in any field of science, but nor do I find myself struggling with basic concepts in any field that has introductory literature.

So it's frustrating, to say the least, to find that when it comes to God, some people seem to want to apply a standard of proof far beyond that applied to science before giving the big ideas of faith credence. I'm not especially thinking about Richard Dawkins' wild venturings in this area - he has so far and so furiously overstated his case that he is not seen as a serious commentator in the area of theology (or atheology) any more than I am in respect of the putative Higgs Boson. But a de-frothed version of his outlook is increasingly the norm in certain areas.

So, just for a moment would you please suspend your disbelief about belief?

Science is at least as uncertain as theology.

Allow me to prove that for you.

First, let's be clear what 'science' is. The definition must include:

Description is problematic. As any fule no, there's a world of difference between saying 'banana' and defining one with precision. As science has progressed, there is both increasing scope and refinement, but also increasing co-dependence and circularity of definition.

Observation is problematic. Much measurement is indirect - the LHC is not really expecting to see a Higgs Boson but traces of its predicted decay products; refined measurements are rarely direct and generally bounded in accuracy (for instance Heisenberg's Uncertainty Principle demonstrates why at the level of the very tiny it's not possible to know both where something is and where it's travelling). Probability comes in at every level.

Prediction is troublesome in some fields, for instance in some areas of biology it's impossible to examine most theories except in retrospect - you can't simulate a thousand or a million years in the life of marsupial mammals.

Duplicability is also limiting for all sorts of reasons, practical (we can't have another Big Bang), financial (how many particle accelerators or Hubble Telescopes will there be?) and so on. 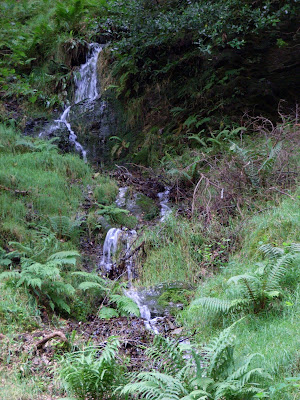 Overall, science is great, and we need to carry on investing. But that's in a context where progress relies on an element of trust, and where most of the money invested will prove to have been wasted - outweighed, we hope, by the benefits of the tiny proportion of successes.

But we will never be able to predict the moment that the next drop will fall from a dripping tap.

So please don't tell me that science gives a complete view of reality. It doesn't. It can't. It won't.

Christian theology doesn't either. My contention is that - ultimately - it will. What we see today through a scanning electron microscope subject to revision, we will come to experience directly for ourselves.