I've been training towards C of E ordination and a full-time paid curacy. Now that's in question. Here's the story, or its bones at least.

Selection is understood as a process of discernment - the object being to understand if the sense of call to ministry is experienced by the individual and recognised as appropriate and timely by the church.  My call came in 1984. How it came and how I was on the run for over twenty years is a whole other story. Buy me a beer and I'll tell you.

Right in the middle of the selection process, as a family we decided we were going to move to Cambridge. Our timing couldn't have been worse in so many ways: it was a costly move in a lot of ways, but also one which we experienced as totally right. This felt like a calling too - and not just to me individually this time.

It meant a jitter in the selection process, but Ely Diocese (Cambridge is part of Ely from the C of E's point of view) put me back just a couple of steps, not right back to the beginning. I was selected, and accepted at Ridley Hall (theological college) and by Sidney Sussex (matriculating college), hallelujah!

Also costly, though. A couple of years of minimal (but still generous - who else pays people to train these days?) financial support, another tranche of downsizing. But we knew, at least, that at the end would be a curacy which would provide a family home and an income (stipend in church-speak - money paid to enable ministry, not technically a salary).

A seismic moment came last July, when I learned that that curacy wouldn't be in the Diocese. On reflection, this was an opportunity to rethink things that might have saved some trouble. Oh, the joy of rear-view mirror vision! However, after a couple of false starts I found and agreed a curacy: if you're on our Christmas card list you've had the details.

And now, after serious reflection and what I would again describe as call we have now agreed not to take that up. It's possible that something else will come up that meets our circumstances, but it's an unlikely possibility.

Where does that lead? Very probably it means finding work outside the church for the near-term. Lots of wise friends and associates are contributing to that decision; the key choice is something we'll have to make this month. 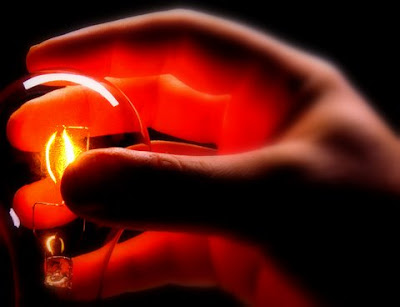 I'm excited and alarmed in roughly equal measure. I have strong marketing credentials and a passion for business, but now isn't a great time to be getting back into the market, especially after a two year break.

My thinking at the moment is that I'll rebuild my portfolio career - combining work with small and startup businesses with projects for larger businesses in the technology space. And I know there's a great deal of risk in that. So here's my own challenge of discernment - is embracing that risk together with the risk of faith in Jesus Christ where God is calling me?

Somehow even the thought is energising, nourishing. And, yes, scary. Not very much like the comfortable talk of 'living on the edge' in lecture rooms. That would be a good thing.

Putting this on my blog feels like a big risk in itself. Because we've swapped tracks from a route where things are clear and safe from any outsider's point of view, to one that has a whole lot more questions than answers. Honesty is potentially rather costly.

So if you're the praying type, do feel free to adopt the Parsons family as a cause to place before God. And if not, well, say one anyway, what harm could that do?